Posted on March 22, 2021 by Christine Crosby in documentary SHORT, Kris Bpwers. A Concerto Is A Conversation, Pat Burns

A Concerto…Is A Gift To Give Yourself

A Concerto…Is A Heartwarming Gift to Give Yourself

If you’ve got 13 minutes and would like to be moved by an inspiring true story, I would recommend watching, A Concerto is a Conversation. I loved this film and I’m not the only one! It has been nominated for an OSCAR® in the Documentary SHORTS category. This year the OSCARS® will air on Sunday, April 25th on ABC.

It also emphasizes the importance of not giving up on your dreams and the significance of grandparents in the lives of grandchildren.

A Concerto is a Conversation would be such a good film to share with your grandchildren. It’s a little bit of US history and a lot about making the most of yourself. It also emphasizes the importance of not giving up on your dreams and the significance of grandparents in the lives of grandchildren.

For those who are not familiar with the OSCAR® SHORTS, it’s one of my favorite OSCAR® award categories. To qualify for the distinction of a SHORT film, the running time needs to be anywhere from 15 seconds to 45 minutes in length.

There are three separate film type classifications: Animated, Live-Action, and Documentary. The Animated SHORTS are generally sweet and fun to watch. The Documentary SHORTS are normally a little difficult to watch, due to their tragic story feature. Live-Action SHORTS are films that are not in the Animation or Documentary category. Even though the Live-Action name seems like it would involve explosions, car chases, or loud action, quite to the contrary, this category mostly tells a heartwarming story.

In order to watch this OSCAR® nominated film, A Concerto is a Conversation, go to https://www.youtube.com/watch?v=LoEZR5miMvo. Popcorn is optional. 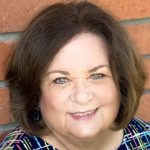