Criticizing Or Complaining Rarely Buys You Anything

Criticizing Or Complaining Rarely Buys You Anything

While many grandparents can regularly see their grandchildren, others rarely can spend time with their grands. However, some grandparents find themselves maddeningly in the middle where they go through periods when they have access and then they are once again kicked to the curb.

“Sometimes it isn’t personal, and other times it may start that way but becomes personal if the child feels criticized for wanting to be in charge of how much contact there is.”

In my practice which specializes in parent and grandparent estrangement, I have found that on-and-off estrangements commonly occur for the following reasons:

As with many aspects of estrangement, it’s typically best to let the adult child come in and out as they see fit. Sometimes it isn’t personal, and other times it may start that way but becomes personal if the child feels criticized for wanting to be in charge of how much contact there is.

Criticizing or complaining rarely buys you anything. If your child acts triggered you could say in a friendly or upbeat way, “You didn’t do anything wrong. I just love seeing you and my grandchildren. I know you have your own life.”

If there was an earlier complaint about you that you have tried to repair you can say something like “Wondering if you’re still having feelings about the past? The door’s always open to talk about that.”

I would ask that with a kid who’s somewhat psychological and isn’t going to either see the question as a sign of weakness in you or an opening to humiliate you. While some adult children see it as a sign of strength that the parent can reference an earlier complaint and be willing to revisit it, others might take it as the parent being guilt-ridden, which might cause them to believe they have a bigger right to complain than they should.

If you don’t know or can’t tell which is more helpful, it may be useful to do both and see which gets you a better response.

Either way, I can’t stress enough the role that guilt plays in many estrangements. I hear a lot of adult children complain about their “martyred” mothers, but the reason is that the parents’ complaints about the child’s lack of availability or lack of access to the grandchildren cause the adult child to feel bad about themselves. And once that happens, distance often follows! 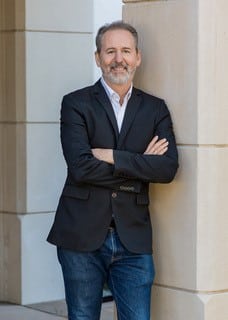 Joshua Coleman is a psychologist and senior fellow at the Council on Contemporary Families and the author of the new book, Rules of Estrangement: Why Adult Children Cut Ties and How to Heal the Conflict. He is also co-founder with researcher Becca Bland of standing-together.net a site dedicated to training therapists, coaches, and clergy in working with estranged families and individuals. 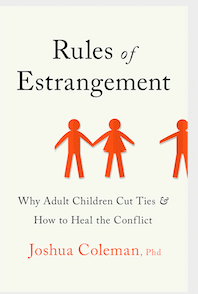