Purpose Is Key To Successful Retirement

Following a year of unprecedented volatility across economic markets, physical and mental health, and social justice issues, 76% of Americans credit the pandemic with helping them “refocus on what’s most important in life,” according to Edward Jones’ and Age Wave’s latest study, “The Four Pillars of the New Retirement: What a Difference a Year Makes.” Released today as a follow-up to the landmark study from 2020, which explored the four pillars of living well in retirement – health, family, purpose, and finances. This new study reveals how the timing and funding of retirement are being adjusted, shining a spotlight on the importance of purpose and contribution post-work, and describes what Americans now say are the most critical aspects of both the financial and non-financial elements of comprehensive retirement planning.

COVID-19 shook all Americans’ long-standing concept of retirement to its core, with 69 million people* saying the pandemic altered their retirement timing. However, despite the disproportionate health risk of the virus on retirees, they reported greater optimism than others, with a majority (61%) indicating that the pandemic has given them “more appreciation for what makes life meaningful” (vs. only 46% of all other Americans). Additionally, over half of retirees (53%) say that they now have “greater empathy and compassion for people who are struggling in ways that they are not.”

“The past year disrupted life as we knew it, yet, today, we are encouraged to see that Americans across five generations are taking steps to reset, reprioritize and reconsider their purpose and their retirement plans,” said Ken Cella, Edward Jones Client Services Group Principal. “This research has helped us better understand how Americans from all walks of life are thinking and feeling about their potential for lifelong wellbeing, so we can have deeper, more meaningful conversations with our clients about what really matters most to them. It has also revealed many key learnings that have positive implications for the communities we serve as we partner for positive impact in the lives of our clients and colleagues and together benefit our communities and society.”

The Pandemic’s Elevation of Purpose Impacts both Wellbeing and Empathy for Retirees
According to the online study conducted by the Harris Poll in March among a representative sample of over 2,000 adults, Americans’ sense of purpose, which took a hit early in the pandemic, has rebounded; nearly two-thirds (63%) today give themselves a grade of “A” or “B” on “spending their time in purposeful ways,” compared to only 55% in May 2020. Retirees generally report much higher levels of contentment1 and happiness2 than non-retired Americans, as they feel greater freedom from responsibilities and stressors and freedom to pursue their own interests and purpose.

Ninety-two percent of retirees now agree that purpose is key to a successful retirement. When compared to younger Americans, retirees are more likely to say that having a sense of purpose in life is important to achieving optimal wellbeing (69% vs. 55% of all other Americans). Many derive this sense of purpose from family and friends, with 67% of retirees indicating that spending time with loved ones provides them with the greatest source of meaning, purpose, and fulfillment. In addition, nearly all retirees believe it’s important to feel useful in retirement (93%) and 87% agree that being useful actually “makes them feel youthful.” 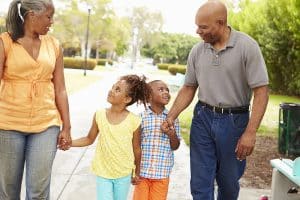 “While every American has been challenged by the disruption of the last year, we have also seen extraordinary amounts of gratitude and resilience especially from retirees,” said Ken Dychtwald, Ph.D., psychologist/gerontologist and founder and CEO of Age Wave. “Research has shown that having a sense of purpose can actually reduce the risk of cognitive decline, cardiovascular disease and depression, so finding meaning in one’s life is essential to a long, healthy and potentially fulfilling retirement.”

This new study also revealed that there may be an untapped wellspring of retirees interested in being a force for social good. A whopping 86% of all adults and 89% of retirees now believe “there should be more ways for retirees to put their talents and knowledge to use for the benefit of their communities and society.” And retirees say they would ideally like to volunteer 3.3 hours per week – nearly four times the retiree volunteer rate over recent years. Representing an unprecedented potential upside to aging, retirees indicate they are willing to contribute 238 billion hours of volunteer time over the next two decades, equal to a potential value of $6.8 trillion of social contribution.**

While we don’t yet know what long-lasting effects COVID-19 will have on Americans’ healthspans and lifespans, we do know that in 2020, it shaved off one year of life expectancy in the U.S. which was unevenly distributed and more severe among Black and Latino Americans.3 At the same time, while younger generations have struggled the most with mental health during the pandemic, older adults have displayed the greatest levels of emotional resilience, reporting the least negative mental health impacts. However, retirees report that their most frightening health challenge is not COVID, cancer or heart disease – it’s Alzheimer’s—even in the middle of the pandemic. 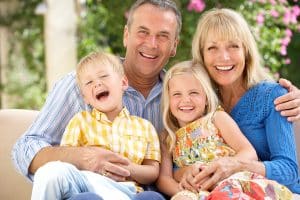 The study also found many of retirees’ financial worries grew this past year, with healthcare and long-term care costs (58%), unexpected expenses (56%), and a significant economic downturn or recession (38%) remaining the top three concerns. And pre-retirees age 50+ are even more concerned about healthcare and long-term care expenses than retirees, with 66% citing it as a major financial worry.

The pandemic has further widened the gender economic gap, impacting women’s future retirements far more than men’s. For example, among pre-retirees, more women reported a negative impact on their job security than men (39% vs. 20%). The study has also uncovered a big retirement-related challenge for women – their lifelong earnings gap, which due to the wage gap spread over a lifetime combined with women’s greater propensity to have career interruptions as they become caregivers to their children, grandchildren, parents, and spouses – is now topping $1.1 million. As a result, while men’s confidence in their retirement savings has begun to rebound from lower levels during the pandemic, women’s fell to and remains at an all-time low.

Yet, there are some positive signs for our future financial lives, as 70% of Americans have viewed the pandemic as a financial wake-up call, causing them to pay more attention to their long-term finances. In addition, 33% of those planning to retire are now contributing more to their retirement savings because of the pandemic with Hispanic Americans (46%) and Millennials (42%) the most likely to be doing so.

With one in every three Americans who plan to retire now expecting to delay retirement due to the pandemic (32%) and current retirees noting they wished they had done a better job planning for both the financial (61%) and non-financial (54%) aspects of retirement, there is an overwhelming need for comprehensive guidance. In fact, over three-quarters of all Americans planning to retire (77%) wish there were more resources available to help them plan for an ideal retirement beyond just their finances.

“Over the past year, through these studies, we’ve witnessed an increase in people’s need and desire for help with retirement planning extending far beyond just finances,” adds Cella. “By putting individuals and their families at the center, and understanding how the four pillars complement each other, Edward Jones’ financial advisors seek to add value beyond investment returns. We strive to bring the right mix of empathy and knowledge to helping our clients accomplish their life goals, find balance across health, family, purpose, and finances, and achieve a greater sense of confidence and wellbeing across the arc of their lives.”

While the above findings feature a selection of respondents’ thoughts regarding the new definition of retirement, further examination of the four pillars of health, family, purpose, and finances reveal their highly intertwined nature and influence in shaping retirees’ overall quality of life. For the complete report and more details from the study, please visit www.EdwardJones.com/NewRetirement.

Estimated projections to the US population are calculated based on the 2019 Census Current Population Survey estimates.

**Based on all retirees retiring an average of 3.3 hours per week from 2020-2040. The estimated number of retirees comes from U.S. Census Bureau population projections coupled with survey data on the percent retired by age group among ages 50+. The value of volunteering comes from Independent Sector, Value of Volunteering, 2021.

1 Edward Jones and Age Wave. The Four Pillars of the New Retirement. 2020.

3 Andrasfay, Theresa and Noreen Goldman. Reductions in 2020 US life expectancy due to COVID-19 and the disproportionate impact on the Black and Latino populations. PNAS, 2021.

Methodology
This report is based on a large-scale investigation of what it means to live well in retirement that began in November 2019. The initial study of 9,000 North Americans was conducted by Edward Jones in partnership with Age Wave and The Harris Poll. As part of the continuing investigation, two additional online tracking surveys were fielded in the U.S. from May 2020 to March 2021.

The latest nationally representative survey was conducted from March 22-24, 2021, among 2,042 U.S. adults ages 18 and older, including 616 retirees and 335 pre-retirees (age 50+ and planning to retire). Results were weighted where necessary to bring them into line with their actual proportions in the population.

About Edward Jones
Edward D. Jones & Co., L.P., a Fortune 500 company headquartered in St. Louis, provides financial services in the U.S. and, through its affiliate, in Canada. Every aspect of the firm’s business, from the investments offered to the location of branch offices, caters to individual investors. The firm’s nearly 19,000 financial advisors serve more than 7 million clients with a total of $1.6 trillion in client assets under care. Visit www.edwardjones.com/NewRetirement. Member SIPC. 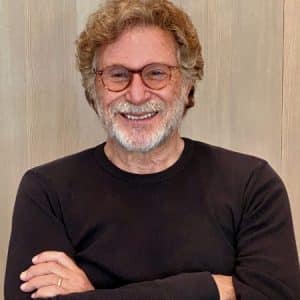 Age Wave is the nation’s foremost thought leader on population aging and its profound business, social, financial, healthcare, workforce and cultural implications. Under the leadership of co-founders Ken Dychtwald, Ph.D. and Maddy Dychtwald, the firm has provided breakthrough research, compelling presentations, award-winning communications, education and training systems, and results-driven consulting initiatives to over half the Fortune 500. For more information, please visit www.agewave.com.

About The Harris Poll
The Harris Poll is one of the longest-running surveys in the U.S.; tracking public opinion, motivations, and social sentiment since 1963. The Harris Poll is now part of Harris Insights & Analytics, a global consulting and market research firm that delivers social intelligence for transformational times. The Harris Poll works with clients in three primary areas; building twenty-first-century corporate reputation, crafting brand strategy and performance tracking, and earning organic media through public relations research. Learn more at www.theharrispoll.com