10 Facts That Prove We’re In A Climate Emergency

The 10 facts that prove we’re in a climate emergency from Wired.com/UK

Here’s everything you need to know about where we are with the climate crisis.

1. There’s more carbon dioxide in our atmosphere than at any time in human history

In February and March 2021, sensors at the Mauna Loa observatory in Hawaii – which has tracked Earth’s atmospheric concentration of CO2 since the late 1950s – detected CO2 concentrations of more than 417 parts per million (ppm). Pre-industrial levels were 278 ppm, which means that humans are halfway to doubling the concentration of CO2 in the atmosphere compared to the period between 1750 and 1800.

CO2 concentrations fluctuate with the seasons, with the annual CO2 concentration for 2021 predicted to be 416.3 ppm, even taking into account a slight fall in emissions in 2020 due to the Covid-19 pandemic. The last time Earth’s atmosphere contained this much CO2 was more than three million years ago, when sea levels were several metres higher and trees grew at the South Pole.

In 2015, the nations behind the Paris Agreement set an ambitious target for keeping global warming below 1.5C. The latest IPCC report spells out just how difficult it will be for the world to stay under that limit, unless we drastically slash emissions in the very near future. The report models five different future emission scenarios – from very high emissions to very low emissions – and in each scenario global surfaces are expected to hit at least 1.5C.

3. Our remaining carbon budget is tiny

To have a 50/50 chance of staying under 1.5C of warming, we can only release an extra 500 gigatonnes of carbon dioxide into the atmosphere – and that includes emissions from the beginning of 2020. In 2019 we emitted over 36 gigatonnes of carbon dioxide, and as emissions are still yet to peak it looks extremely likely that the world will eventually sail past that carbon budget.

The same logic applies to other temperature thresholds, too. To have a 50/50 chance of keeping temperatures below two degrees of warming, we must emit fewer than 1,350 gigatonnes of carbon dioxide. 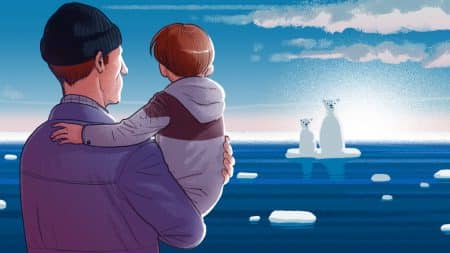 You only need to think of recent devastating wildfires in Australia, California or southern Europe to see that climate change is leading to more frequent and more severe hot weather events. The kind of extreme heat event that would have only happened on average once every ten years between 1850 and 1900 now likely occurs 2.8 times every ten years, and is likely to occur 4.1 times every ten years in a world that hits 1.5C of future warming. The same is true of once-in-every-50-years events. They’re now more likely to occur 4.8 times in 50 years, and in a post-1.5C world that will be 8.6 times every 50 years.

Heavy rain is also more common because of climate change. The kind of heavy one-day rain that 150 years ago would have only happened once every ten years is now happening 1.3 times every ten years. In a world warmed by 1.5C, that will go up to 1.5 times. And as frequency increases, so does severity – we can expect these extreme weather events to be hotter and wetter than those that went before them.

And just in case there was any remaining doubt, the IPCC report makes it clear that the principal driver of these changes in temperature is down to human-released greenhouse gases.

6. Sea levels are rising faster today than ever before

Melting ice sheets and glaciers, and warming oceans lead to higher sea levels. Since 1900, sea levels have risen faster than in any preceding century in at least the last 3,000 years and this is set to continue for a very long time. Because oceans take a long time to warm, a lot of sea-level rise is already baked-in. If warming is limited to 1.5C then over the next 2,000 years global mean sea level will rise to between two and three metres above current levels. If warming is limited to 2C this rises to between two and six metres above current levels.

Temperatures in the Arctic are rising faster than almost anywhere else on the planet. Between 2011 and 2020, annual Arctic sea ice reached its lowest level since at least 1850 and late-summer Arctic sea ice was smaller than at any time in at least the past 1,000 years. Under all the future emissions scenarios in the IPCC report, the sea ice minimum will fall below one million square kilometres at least once before 2050 – making the area practically free of sea ice altogether. This level is about 15 per cent of the average September sea ice observed between 1979 and 1988.

8. Two-thirds of extreme weather events in the last 20 years were influenced by humans

The number of floods and heavy rains has quadrupled since 1980 and doubled since 2004. Extreme temperatures, droughts and wildfires have also more than doubled in the last 40 years. While no extreme weather event is ever down to a single cause, climate scientists are increasingly exploring the human fingerprints on floods, heatwaves, droughts and storms. Carbon Brief, a UK-based website covering climate science, gathered data from 230 studies into “extreme event attribution” and found that 68 per cent of all extreme weather events studied in the last 20 years were made more likely or more severe by human-caused climate change. Heatwaves account for 43 per cent of such events, droughts make up 17 per cent and heavy rainfall or floods account for 16 per cent.

9. Dengue fever could spread through much of southeastern US by 2050 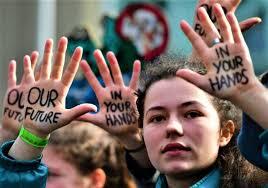 Dengue is the world’s fastest-growing mosquito-borne virus, currently killing some 10,000 people and affecting around 100 million per year. As global temperatures are rising, Aedes aegypti mosquitos that carry the disease could thrive in places that were previously unsuitable for them and benefit from shorter incubation periods. A recent study published in the scientific journal Nature warned that, in a warming world, dengue could spread to the US, higher altitudes in central Mexico, inland Australia and to large coastal cities in eastern China and Japan.

10. Average wildlife populations have dropped by 60 per cent in just over 40 years

The average size of vertebrate (mammals, fish, birds and reptiles) populations declined by 60 per cent between 1970 and 2014, according to the biennial Living Planet Report published by the Zoological Society of London and the WWF. That doesn’t mean that total animal populations have declined by 60 per cent, however, as the report compares the relative decline of different animal populations. Imagine a population of ten rhinos where nine of them died; a 90 per cent population drop. Add that to a population of 1,000 sparrows where 100 of them died – a ten per cent decrease. The average population decrease across these two groups would be 50 per cent even though the loss of individuals would be just 10.08 per cent.

Whatever way you stack the numbers, climate change is definitely a factor here. An international panel of scientists, backed by the UN, argues that climate change is playing an increasing role in driving species to extinction. It is thought to be the third biggest driver of biodiversity loss after changes in land and sea use and overexploitation of resources. Even under a two degrees Celsius warming scenario, five per cent of animal and plant species will be at risk of extinction. Coral reefs are particularly vulnerable to extreme warming events, their cover could be reduced to just one per cent of current levels at two degrees Celsius of warming.

Read more in GRAND on the climate emergency