Could You Or Your Grandchild Have Fatty Liver Disease?

Could You Or Your Grandchild Have Fatty Liver Disease?

If you are anything like me, COVID has affected the time spent with your grandchildren. My grandchildren live nearby, and I was used to seeing them quite often. When COVID hit, we decided to keep our distance from them. After about two months, though, my wife and I reconsidered and decided while we would take precautions in other aspects of our lives, seeing our grandchildren was a risk worth taking.

“It is estimated that SIX MILLION CHILDREN HAVE A FATTY LIVER and few parents and grandparents are aware of this problem.”

We were quite happy, of course, to re-unite with the grandkids and found ourselves spoiling them more than ever. Want some ice cream? Sure, two scoops or three? Sugary cereal for breakfast? No problem. Another piece of candy? Help yourself. Eating sugary foods made them happy and their happiness warmed our hearts. 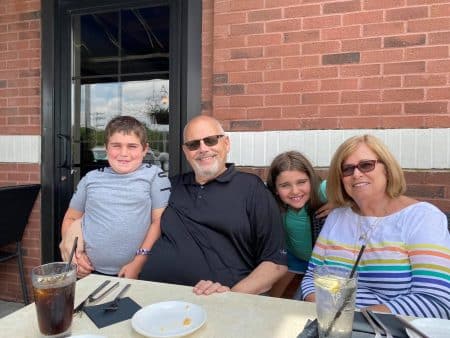 But all this focus on COVID caused us to lose sight of another health issue facing our grandchildren. It is estimated that SIX MILLION CHILDREN HAVE A FATTY LIVER and few parents and grandparents are aware of this problem. What is fatty liver? It is a condition where there is excess fat in the liver, which over time will impair the liver’s ability to perform its functions. The liver is the body’s largest and busiest organ, performing over 500 functions. Most importantly it prevents toxins from getting into the bloodstream and stores energy.

Fatty liver most often occurs because of poor diet choices, with excess sugar consumption being a major risk factor, along with lack of physical activity.

Left unchecked, a fatty liver can lead to nonalcoholic steatohepatitis (NASH) and even CIRRHOSIS and liver cancer. There are no medications for fatty liver disease or any of its progressed forms. The liver is very resilient, though, and changes in diet and increased physical activity can lead to the organ repairing itself.

It is all too easy for us grandparents to say yes when the grandchildren ask for a sugary treat. Say no and you feel like the Grinch. Part of being a good grandparent, though, is to put your grandchildren on the right track to a healthy lifestyle. Ice cream or candy is okay as an occasional treat, but it should not be a part of their regular diet. Remember, at the end of the day they will be much healthier without those treats, and you will have fulfilled your mission as a responsible, loving grandparent. 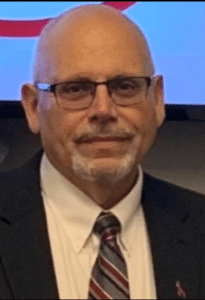 Tony Villiotti is a resident of Pittsburgh, PA, and the grandfather of four children ages nine and younger. A liver transplant recipient in 2018 he founded NASH kNOWledge, a nonprofit with a mission of increasing awareness of nonalcoholic fatty liver disease. This is a condition that affects 100 million Americans but, due to a lack of symptoms, is usually undetected until it reaches a more serious stage. Despite being a non-drinker, Tony experienced all stages of liver disease including cirrhosis and liver cancer prior to his transplant.

Healthy recipes for your grandkids here