Do You Remember Your Grandparents?

A Grand Looks Back – Do You Remember Your Grandparents?

While developing www.storiesbygrumps.com, a website suggesting that grandparents write stories for their grandkids, I found myself reflecting on my grandparents—warm memories, reminiscences that clearly influenced me as a storyteller.

My GRANDS couldn’t have been more different. My father was the only child of two government attorneys, Hazel and Robert Cairns.

While my grandmother Nettie (Muddie to us) Roop raised their brood of nine, my mother’s father, whom we called Grandy, farmed, butchered, and delivered meat and produce from the Maryland countryside to Washington, D.C., and Baltimore.

Papa and Nana Cairns lived hours away.  Muddie and Grandy lived right across the street. What they all had in common was a love for their grandkids.

In the early fifties, Papa and Nana retired and moved near us. And while my grandmother Cairns, a wonderful cook, fried up pork chops and baked macaroni, I spent Friday nights bobbing and weaving in front of their new TV watching The Friday Night Fights with my grandfather. “Son, beware the fatal seventh round!” he’d say.

I never saw a seventh-round knockout. But years later, this memory of my grandfather’s insights into the Sweet Science became an article I published called The Friday Night Fights.

My mother’s parents lived so close that on summer evenings in the ’50s we’d listen with great delight, through open windows, to them yawn themselves off to sleep. Grandy would begin the chorus of yawns with a monster “Ah ah ah ah!” Muddie would follow with a high-pitched “Aha, aha, aha!”

Evenings, with me at his side, Grandy, a baseball fan, listened nightly to the Washington Senators on his old Philco radio. Sports Illustrated would later publish my story of how his love of radio baseball influenced me.

Muddie gave me an appreciation of humor.  This tiny Gracie Allen, a prayer-covering-wearing devout member of the Church of Brethren, was the master of illogical logic. She once noted that a family in nearby Union Bridge had seven children, “Must be Catholic!” she said.  My grandfather Roop calmly looked over his reading glasses and said, “Nettie, at last count we have nine. Maybe they’re Brethren.”

Papa Cairns’ favorite was the one about his voyage from England to America. It seems that his younger sister, my Great Aunt Flory, was much taken by this incredibly precocious young boy she’d met on the ship.  As they pulled into the New York harbor she lifted the boy in her arms and took him (kicking and screaming) to meet her brother. “Put me down,” the vertically challenged man shouted, “I’m a bloody adult!”

These treasured stories of my GRANDS can be multiplied by fifty. Like the time Muddie came out of the local jail to my dad’s car during her annual Christmas cookie run, with tears in her eyes, her tin untouched by inmates. “Oh, Bob, it’s so sad. There’s no one in jail this Christmas!”  she said.

So look back. And when you recall tales from your grandparents, remember your children and your grandkids. Write these stories down or talk them into a recorder. It’s GRAND history! 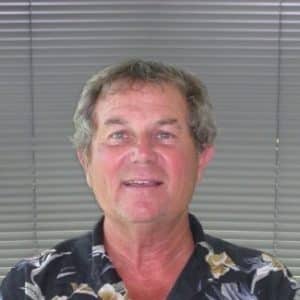 In addition to being a proud and creative granddad. Bob Cairns is the creator of the new website, Stories by Grumps where Cairns showcases his best stories for kids and inspires other grandparents to share theirs. Bob has been a published writer for many years. His books include the novel, The Comeback Kids and the Pen Men: Baseball’s Greatest Bullpen Stories by the Men Who Brought the Game Relief. He also wrote numerous pieces for Sports Illustrated and SI for Kids. For 34 years Bob wrote for North Carolina State University.