In your home, Paula Span might not be a household name, but to her granddaughter, she’s the best “bubbe” in the world. Many might recognize Span’s byline from her New York Times columns “Generation Grandparent” and “The New Old Age.”  But her role as Bubbe ( a Yiddish word for grandmother) has eclipsed her other writing with the release of her new audiobook, The Bubbe Diaries.  Available through Audible, her latest work is a mix of anecdotes, research, and interviews on grandparenting. Listeners will appreciate her distinctive voice as she shares stories about her own grandparenting journey. Originally, the book was supposed to be recorded by a voice actor. But her editor suggested she might try her hand at reading it herself. After creating a “scratch-track” which Span describes as a “lo-fi, quick-and-dirty recording,” the editor passed it around, and all agreed it was delightful.  Span was very surprised by the comments. “I was slack-jawed, to be honest,” Span admits that she had a fantasy list of readers had she been asked to cast the audiobook. “Bette Midler was at the top of my list,” she said. “I mean, Broadway has shut down and TV and film are largely shut down. Maybe she has some time on her hands,” she mused. As it turned out, Span herself became the best casting choice. 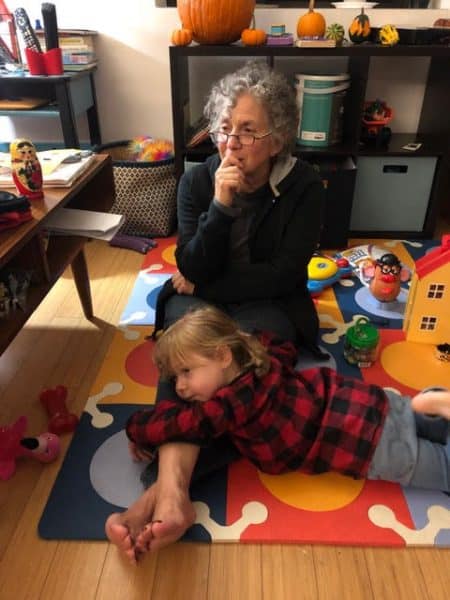 While Span seldom thinks of her writer/reporter “voice” (“you don’t hear much about news reporters finding their voices”), I think her readers would contend that both of her voices–the one in audio, and the meaning it imparts– speak with truth and reason on whatever subject she tackles. This reflects her genuine passion for good reporting. Span shared, “I have loved the idea of a fearless, independent, truth-teller since I was in the 4th grade and reading childhood biographies of Charles Pulitzer and Nellie Bly.” Whether writing about grandparenting or reporting on ageism, Span’s voice rings loud and clear: “The world is increasingly complex, and we need help to interpret it.” 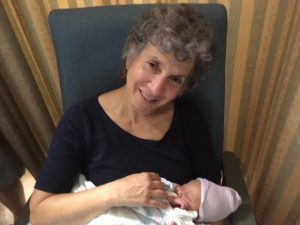 In addition to writing and reporting, Paula Span teaches at the famed Columbia School of Journalism in NYC. “I want there to be journalists who are very skilled, very smart, committed to telling the facts, and also committed to raising understanding of complicated issues.” 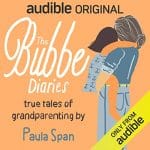 Writing and lending her voice to the audiobook The Bubble Diaries about her granddaughter (pictured) has been a new venture for Paula Span. “I’ve been a writer all my working life. And here was a chance to tell a story in a whole different way.”

To listen to more of my conversation with Paula Span on The Grand Life podcast, go to: https://thegrandlife.libsyn.com/meeting-paul-span

ABOUT THE AUTHOR  EMILY MORGAN

Emily Morgan hosts The Grand Life podcast. Now in its third season, and recently named the top grandparenting podcast by Feedspot, her podcast tackles many topics surrounding the adventure of wholehearted grandparenting.