Blue-chip stocks are stocks from well-established companies, and they are generally appealing to most conservative investors that are looking to get regular growing dividends. In other words, a blue-chip company will be a reliable company that has a great reputation among customers and shareholders, and it’s considered the leader in their sector. So, if you’re looking to add blue-chip stocks to your portfolio, make sure to check out our list of top blue-chip stocks.

Apple is considered a tech giant worldwide, and it has a strong following around the world. Apple products, including its smartphones, Apple watches, and computers, are strong competitors to Microsoft, and they are considered premium products by many businesses as well as individual customers.

In addition, Apple also made a profit from its services like iTunes, the App Store, and recently, Apple TV. Apple represents a great blue-chip company with a market capitalization above $2 42 trillion by 2021.

Walt Disney is an innovative and well-known American media company that has existed since the early 20th century. It is internationally known thanks to its entertainment films and innovations in animation. Today, it continues to entertain worldwide audiences, and it’s a driving force of Hollywood. Also, as one of the greatest companies in the market, it has ventured out into television with popular networks like ABC and the sports franchise ESPN.

If you also want to add stocks from different companies, it has never been easier than today. There are many online trading platforms as well as apps where you can register and start trading on the move. From this review, you can find the best free trading app UK. The review provides an in-depth overview of top trading apps that are downloadable on mobile devices.

This is a renowned multinational investment bank that provides top financial services to corporations and institutions worldwide. In fact, this is one of the largest banks around the world, and it is the largest bank in the United States. JP Morgan Chase & Co. has noticed serious growth over the years. Actually, it has a market cap of $481.63 Billion and, as one of the most respected investment banks, has experienced a growth of its net income of $11.9 billion. 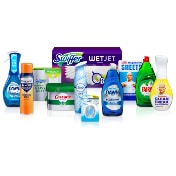 This is a famous multinational corporation that has a great range of products, including health, beauty, health care, home care, feminine, and family care, among other categories. Some of its famous brands and subsidiaries include Braun, Tide, The Gillette Company, Pampers & Pampers Kandoo, Fairy, Always, and other brands.

Procter & Gamble Company is one of the most famous American consumer goods companies, and its growth continued over the years. It has a market cap of $350.13 billion and is considered one of the most valuable companies based on its market cap worldwide.

Coca-Cola is one of the most famous companies in the world, and it is a leader in the beverage industry. Even though the brand was initially famous for its Coca-Cola soft drinks, it has expanded its portfolio, and it includes other beverages.

Their portfolio features juices, bottled water, coffees, and other products customized to suit the preferences of their target customers. Some notable Coca-Cola brands are Schweppes, Fanta, Sprite, Costa Coffee, among many other prominent products. It’s also worth mentioning that its annual dividend payment has increased consistently since the 1960s. Coca-Cola has a market cap of $233.27 billion.