Posted on October 15, 2021 by Christine Crosby in A House, grandchildren, grandparents, Kevin Henkes

A House By Kevin Henkes

Review of A House By Kevin Henkes

In the new book, A House, published by Greenwillow Press (an imprint of HarperCollins Publishers), author and illustrator Kevin Henkes brings to life the idea that a house is not a home until people inhabit it. This timely book helps all of us appreciate the feeling of being home with the ones we love.

Each page contains an illustration of a house, framed by organic colors, representing seasons of sunshine, snow, rain, and blue skies. The pages are stark and simple and have limitless appeal to my own three and four-year-old grandchildren. When they visit my house, they request a reading of A House over and over again. Perhaps it is because Kevin Henkes asks them to participate in a way that is geared toward their development. They are empowered to identify the clouds, the moon, the stars, and the puddles. They also are invited to count, compare and contrast, point out colors, and recognize the use of superlatives.

The book concludes with the concept of a house transforming into a home because it is inhabited by people. The reader is invited inside with the mom and dad, the dog, and the cat. The story is inverted from what we see outside to what we feel inside. We are now in the warm and fuzzy part of the home.

A House compliments many of other Henkes’s works that are created in a similar fashion: Little White Rabbit, Egg, Sun and Spoon, and Sun Flower Lion. Each one is sweet and simple. Perfect for the toddler or beginning reader. 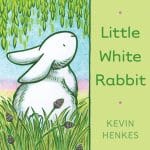 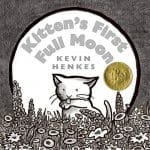 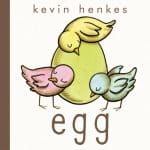 Henkes is the gold medalist of children’s book creators. Many grandparents remember buying their own children Lilly’s Purple Plastic Purse featuring Lilly, one of his most endearing characters. Lilly also plays prominently in Chester’s Way (Greenwillow Books, 1988) and Julius, the Baby of the World (Greenwillow Books, 1990). 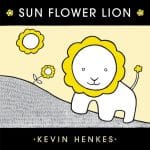 Henkes’ numerous awards include Kitten’s First Full Moon which won the Caldecott Award in 2005 and The Year of Billy Miller which was the recipient of a Newbery Honor in 2014. In addition, Henkes has received two Geisel honors, two Caldecott honors, and a second Newbery honor.

In 2020, he also received the Children’s Literature Legacy Award honoring an author or illustrator, published in the United States, whose books have made a significant and lasting contribution to literature for children. That is why his books, including A House, should be in everyone’s house.

Emily Morgan hosts The Grand Life podcast. Now in its third season, and recently named the top grandparenting podcast by Feedspot, her podcast tackles many topics surrounding the adventure of wholehearted grandparenting.