If you live in a northern climate, cold winter months are inevitable. My parents’ answer to Chicago snowstorms was to plan warm weather retreats to Florida. First, it was weeklong adult-only getaways. Later on, the family was included. Winter and spring school breaks were spent frolicking at the beach. This annual ritual eventually led to a desire for my parents to spend more and more time in the South.

In contrast to the way I was raised, Ira and I chose to embrace wintertime. As undergraduate students at the University of Colorado—Boulder, we skied together at nearby Eldora Mountain. Our passion for skiing continued as a young married couple when we skied at Wisconsin’s Devils Head Resort, Michigan’s Boyne Mountain, and Colorado’s Keystone Resort. After starting a family in suburban Chicago, we questioned whether we wanted to introduce our children to this expensive winter sport.

“After just a handful of lessons, they were competent enough to join us on the slopes.” 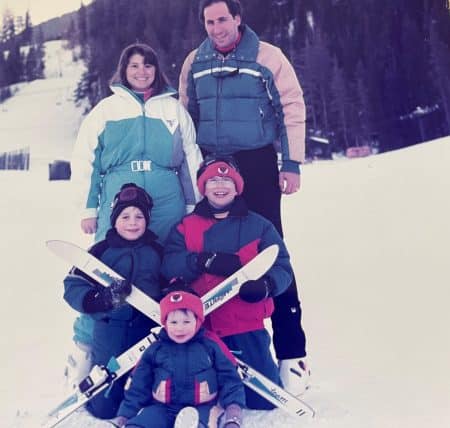 As a family, we spent countless hours shoveling snow, building snowmen, and sledding. When our two oldest sons were five and seven years old, we hesitantly planned our first ski trip to Keystone Resort. It was not possible to predict either of their responses. What would be their reaction to an unknown activity? Would they cope with a week-long ski school experience? Would our youngest child be okay in the resort’s childcare? Fortunately, our school-aged sons had the coordination and motivation to master the early skills. Luckily, the cold weather did not bother them. After just a handful of lessons, they were competent enough to join us on the slopes. And our youngest son did not experience separation anxieties.

Our trips to Colorado provided our children with an enhanced appreciation of Mother Nature. They witnessed how the mountains create unpredictable weather patterns and why it is necessary to be prepared for the unexpected. Their desire to spend more time in the mountains spilled over to other times of the year when they participated in warmer outdoor activities like hiking, mountain biking, horseback riding, and white-water rafting. 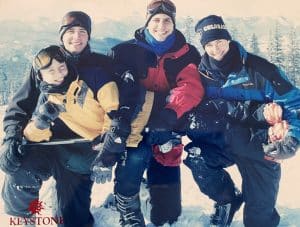 Our Rocky Mountain vacations stood in sharp contrast to our family’s daily life in suburban Chicago. The personable and talented ski school instructors taught our sons the appropriate skiing etiquette and the required skills to become expert skiers. Within no time, they were able to master the most challenging slopes on the mountain. The lessons they learned helped mold their emerging personalities. While I followed behind our maturing sons on expert slopes, I was no longer able to maintain their pace or speed.

Our sons’ enthusiasm was contagious. Our two youngest sons were eager to follow in their brothers’ footsteps. Before the age of three, our youngest children were riding the chairlift to the top of the mountain. Almost all of our vacations, from November to April, were spent on the slopes. Our two oldest sons worked as Keystone Resort ski instructors while in college. To make our trips easier, we purchased mountain property. Eventually, we relocated our primary residence to Colorado. 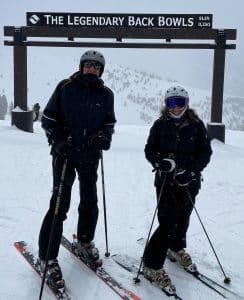 After our children became adults, we spent less and less time skiing together as a family. Occasionally, we would ski with one or two of our sons. While this was not what we had anticipated, we acknowledged our adult children’s freedom to make their own choices. It became increasingly challenging for five family units to find a mutually agreeable ski day. Meanwhile, Ira and I continued to enjoy our time together on the slopes and worked around the orthopedic issues associated with the aging process and unexpected accidents.

During the 2020-2021 ski season, the state-mandated restrictions caused many families to be isolated from one another. While these government policies created new rules at Colorado ski resorts, the ski lifts continued to operate. After ski resorts abruptly closed last spring, skiers and boarders were once again able to enjoy the majesty of bluebird days. Some of our peers chose not to renew their ski passes during the pandemic. Since we accepted the medical theory that outdoor activities were safe, even with a glioblastoma (brain cancer) diagnosis, we chose to ski for more than 20 days. These exhilarating days at Keystone Resort and Vail Resort offset the concerns associated with Ira’s incurable cancer.

This past ski season, four of our five grandchildren were given the opportunity to get a taste of skiing in the Rocky Mountains. The family tradition of skiing was being passed down to the next generation. We felt grateful to witness some of these precious moments. I couldn’t help going back in time by recalling when each of our four children tried skiing for the first time. Now, our three sons who are fathers were in a position to share what we had taught them with their own children.

“Our grandson was immediately awed by the majesty of the panoramic view and was eager to try his new skills.”

At the beginning of the season, our eldest son, who temporarily relocated from Asia to Colorado, rented skis for his four-year-old son. Our son began teaching our grandson at the base of Dercum Mountain at Keystone Resort by using the magic carpet mini lift and then graduating to the Discovery Chairlift. After mastering the beginning skills, we were invited to join them on the Peru Express Lift which unloads at the top of the mountain.

Our grandson was immediately awed by the majesty of the panoramic view and was eager to try his new skills. The steeper mountain terrain allowed him to substantially increase his speed. Unlike many who can become fearful, he was happy to follow me as I zig-zagged down the slope. This method allowed him to practice his turns and to reduce his speed. By the end of the season, he was able to ski easier intermediate runs.

After watching our third son accompany us numerous times to the ski area, our two-year-old grandson insisted on learning how to ski. To accommodate his wish, we joined our son and pregnant daughter-in-law at the base area of the mountain where our grandson could ride the magic carpet. He gleefully rode up the mini-lift and skied between his Dad’s legs. His developing legs needed some extra support. After skiing down more than a dozen times, our son and daughter-in-law were worn out while our grandson had an enormous smile on his face.

Even though we were unable to watch our five-year-old grandson and his younger brother put on skis for the first time, we are happy that his Dad was able to share his love of skiing with his sons. 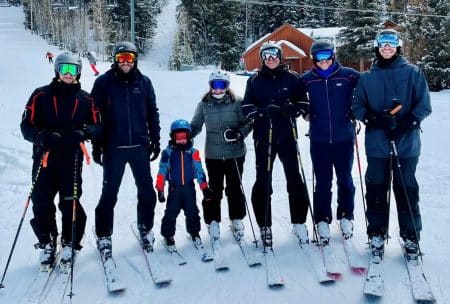 Near the end of the season, we were able to select a mutually convenient day when our four sons, a daughter-in-law, and one of our grandsons could join us for a morning of skiing. This was a rare treat. It had been more than a decade since all of our sons had skied together. It was an added bonus to watch our grandson join in the fun.

When parents teach their children a new skill, it is not possible to predict whether the recipients will embrace what is being shared. One can only hope that the positive things we give to our children will be accepted and then later passed on to the next generation. While the appreciation of nature and the love of skiing are just two small things we modeled for our four children, we are happy that some of our grandchildren have already become beneficiaries of those efforts.

Traveling grandmom, Sandy Bornstein, is an award-winning freelance travel & lifestyle writer, She is the author of May This Be the Best Year of Your Life. Learn more about Sandy here and here.