Poor Widow Me versus Poor Divorced Me

If he hadn’t died, we’d still be married. We never would have been that couple who started out as high school sweethearts, survived raising two kids, a bankruptcy, a few health scares, and then in our 35th year of marriage with a two-year-old granddaughter to spoil, decide “Let’s separate, join Match.com, and see who gets swooped up first.”

No way that would’ve been us.

On the other hand, who knows? My husband died in 2006. Lots of changes in fifteen years, mostly to my hips. Is it grounds for divorce if I can’t zip up my jeans? And, despite our long history, one of us may have fallen in love with our palates instructor. Since my husband never took palates, I suppose, that would’ve been me.

I’ve never been divorced, but in my travels, I noticed a pattern as I spoke to widow groups to ease their pain, and okay, to sell my book. Divorced women proclaim that losing their spouse to divorce is just as horrible as losing a spouse to death. Widows vehemently disagree. Naturally, any conclusion I write here only applies to widows and divorcees who were happily married when the bomb dropped.

“All these years later, I look at my three granddaughters and feel the grief all over again knowing that our two-year-old is now 17 and her sisters who are 8 and 6 will never know him.”

This contest of “Who Suffers More” should be a game show. I know I’d watch. Like Family Feud, a panel of widows would challenge the lineup of divorcees facing them. Each side would shout out what hurt most, and the audience would determine who suffered more. Widows cry, “He’s gone, and I can’t call him!” countered by, “He’s gone, and he won’t take my calls!” A snarky widow from the audience might break the tie with, “At least you know where he is!” 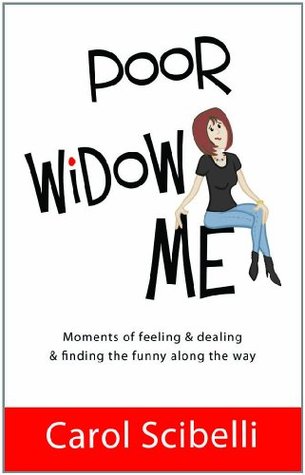 When my husband died, I was lost for several years not only because I missed him, but because I was acutely aware of what he was missing. All these years later, I look at my three granddaughters and feel the grief all over again knowing that our two-year-old is now 17 and her sisters who are eight and six will never know him. He would have been a fun grandpa.

At the same time, do I need the competition? Divorced grandpa would be retired, hanging around the house, face timing our grandkids every fifteen minutes to plan their annual winter vacation that I can’t afford because he had a smarter lawyer. He’ll bring along his new sweetie-pie who’ll let our teenager order a Pina-Colada resulting in a possible win for “Best Grandma.” I would nickname her “Fake Grandma” and my kids would call me petty.

Forgive me, all you widows who feel I’m breaking rank, but being the last spouse standing does have its perks, like friends and family not pressured to take sides. And, while it must be wonderful to have an alive ex-husband who remembers our good old days, watching him plan his future with someone else? Come on! I might have to kill him!

Carol Scibelli is a humor writer, playwright, and speaker. She is currently reworking her memoir “Poor Widow Me” (reviewed in this issue) to be a two-person play and she is writing a book of essays titled Boomer Grandmas: Cooler, Funnier & Way Better Dressed. Carol is the proud boomer grandma to three fun-loving granddaughters.
www.carolscibelli.com