Do You Know What The Freedom To Vote Act Is?

Do You Know What The Freedom To Vote Act Is?

We are all so very busy especially as we struggle with the COVID pandemic on top of everything else, that sometimes we don’t take the time to pay attention to the most important elements of maintaining our democracy. Without it, America will be lost.

The Freedom to Vote Act is a trimmed version of the For the People Act the House passed at the beginning of this congressional session. It establishes a baseline for access to the ballot across all states. That baseline includes at least two weeks of early voting for any town of more than 3000 people, including on nights and weekends, for at least 10 hours a day. It permits people to vote by mail, or to drop their ballots into either a polling place or a drop box, and guarantees those votes will be counted so long as they are postmarked on or before Election Day and arrive at the polling place within a week. It makes Election Day a holiday. It provides uniform standards for voter IDs in states that require them.

The Freedom to Vote Act cracks down on voter suppression. It makes it a federal crime to lie to voters in order to deter them from voting (distributing official-looking flyers with the wrong dates for an election or locations of a polling place, for example), and it increases the penalties for voter intimidation. It restores federal voting rights for people who have served time in jail, creating a uniform system out of the current patchwork one.

It requires states to guarantee that no one has to wait more than 30 minutes to vote.

The Freedom to Vote Act requires any entity that spends more than $10,000 in an election to disclose all its major donors, thus cleaning up dark money in politics. It requires all advertisements to identify who is paying for them. It makes it harder for political action committees (PACs) to coordinate with candidates, and it beefs up the power of the Federal Election Commission that ensures candidates run their campaigns legally.

The Freedom to Vote Act also addresses the laws Republican-dominated states have passed in the last year to guarantee that Republicans win future elections. It protects local election officers from intimidation and firing for partisan purposes. It expands penalties for tampering with ballots after an election (as happened in Maricopa County, Arizona, where the Cyber Ninjas investigating the results did not use standard protection for them and have been unable to produce documents for a freedom of information lawsuit, leading to fines of $50,000 a day and the company’s dissolution). If someone does tamper with the results or refuses to certify them, voters can sue.

The act also prevents attempts to overturn elections by requiring audits after elections, making sure those audits have clearly defined rules and procedures. And it prohibits voting machines that don’t leave a paper record.

The John Lewis Voting Rights Advancement Act (VRAA) takes on issues of discrimination in voting by updating and restoring the 1965 Voting Rights Act (VRA) that the Supreme Court gutted in 2013 and 2021. The VRA required that states with a history of discrimination in voting get the Department of Justice to approve any changes they wanted to make in their voting laws before they went into effect, and in the 2013 Shelby County v. Holder decision, the Supreme Court struck that requirement down, in part because the justices felt the formula in the law was outdated.

The VRAA provides a new, modern formula for determining which states need preapproval, based on how many voting rights violations they’ve had in the past 25 years. After ten years without violations, they will no longer need preclearance. It also establishes some practices that must always be cleared, such as getting rid of ballots printed in different languages (as required in the U.S. since 1975).

The VRAA also restores the ability of voters to sue if their rights are violated, something the 2021 Brnovich v. Democratic National Committee decision makes difficult.

The VRAA directly addresses the ability of Indigenous Americans, who face unique voting problems, to vote. It requires at least one polling place on tribal lands, for example, and requires states to accept tribal or federal IDs.

Read more in GRAND about protecting our democracy 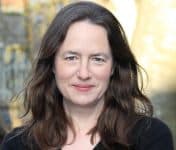 Heather Cox Richardson is an American historian and professor of history at Boston College, where she teaches courses on the American Civil War, the Reconstruction Era, the American West, and the Plains Indians. She previously taught history at MIT and the University of Massachusetts Amherst.

Sign up for her free Letters from an American