I am sending this message on the eve of the first anniversary of the shockingly shameful siege of our national Capitol.  The violent and disgustingly destructive January 6, 2021 riot was not perpetrated as an act of war waged by foreign enemy forces.  In fact, the perpetrators were homeland residents, intent on causing mayhem, desecrating cherished historic property many of us have visited with ardent admiration for its beauty and patriotic significance.

Even more horrific was the blatant intent to attack public officials who were assembled to engage in their constitutionally-dictated duty to certify the results of an election….the results which were authorized by sworn officials and unanimously reaffirmed by a long list of judicial decisions proving that the math was correct in every state where challenges were filed.

Dissatisfied with that reality, the vicious voices threatened to murder Vice-President Mike Pence, attacking law enforcement officers whose duty was to defend public officials and staff members irrespective of their party affiliation.

“Shameful, too, is the silence of citizens who refuse to accept the truth of that day’s rampage…including powerful public officials who prefer to look away in blind denial.”

My thoughts on that day…and every day since…focus on the gratitude I felt for the valiant defenders and revulsion I hold for the marauding criminals.  I can’t imagine how shameful it would be to have a family member who is one of the hundreds of rioters. Shameful, too, is the silence of citizens who refuse to accept the truth of that day’s rampage…including powerful public officials who prefer to look away in blind denial.

What lesson does it teach our children to make fiction out of fact and make excuses rather than exercise appropriate responses?  Let justice serve us lest we suffer from future distress and destruction.

Editor’s Note:  In case you missed it President Joe Biden and Vice President Kamala Harris deliver remarks Thursday marking one year since the deadly Jan. 6 assault on the Capitol. 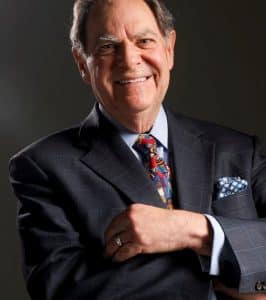