We often overlook the fact that most of the values we want to instill in our grandchildren actually do have to be instilled.  They don’t just transfer from us by osmosis—basic values have to be understood and desired, and grandparents are the best ones to help this happen in kids!

Good values may be lived and exemplified in their homes but children need a separate, outside voice reinforcing, elaborating, and explaining the importance and the practice of certain basic values. It is a mistake to assume that kids will naturally and instinctively gravitate toward the honesty, loyalty, responsibility, respect, restraint, and other values you want them to have. Teaching basic values has to be a deliberate goal of parents and grandparents.

“Today, we live in a world where strong, clear values are needed more than ever in children’s lives.”

Years ago, we wrote a book called Teaching Your Children Values, which became a national New York Times #1 bestseller. The reason parents liked it was its simplicity. It set forth twelve universal values and suggested that families focus on just one of them each month. The formidable challenge of helping kids to internalize the values that protect them and govern their choices and their progress in life seemed more manageable when it was approached one value at a time, one month at a time. 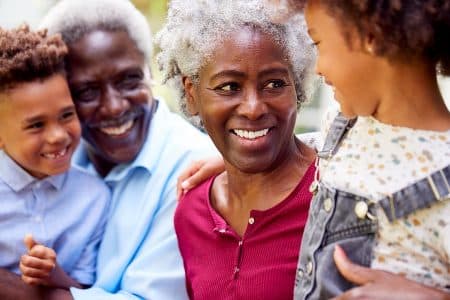 Today, we live in a world where strong, clear values are needed more than ever in children’s lives. And yet it is a world where parents are busier and more distracted than ever before and where most of them would welcome grandparents who can step in and be influential and direct teachers of values.

The twelve values from that book are as follows. (As you review them, ask whether their practice is one of the legacies you want to leave within your grandchildren and whether the internalizing of these values is perhaps the best protection and stabilizing influence, and the most reliable aid in decision-making that they could have.)

After the book became a bestseller, we worked with a group of playwrights and artists who took each value and put it into an engaging story, full of music and drama and humor, aimed at kids between five and fourteen. They were produced as audio stories with the goal of engaging kids’ imaginations so powerfully that they would listen to them over and over during their designated month. Each monthly story follows a boy named Alexander and a girl named Elle as they face common, everyday situations, choices, and behavioral dilemmas—but then they morph into a Prince and a Princess in a larger-than-life world called Inland, where their values-choices can essentially save the kingdom. Kids, as they listen to the stories and the music, come to realize that the little things they face each day are actually the same as the big things that Alexander and Elle face in Inland.

The whole thing succeeded beyond our expectations. The stories are so compelling that kids don’t think of them as lessons—just as entertainment. Yet the designated value for each month comes through strongly, and kids actually experience the feelings and consequences of each value. These monthly values-stories are being used by parents around the world and today are also being used more and more by grandparents who take on the challenge of teaching their grandkids values.

Now, what if you, in your role of grandparent, were to focus on one of these twelve values each month with your grandchildren?

If that appeals to you, here is a simple, proven way to do it:

First: After consulting with the parents, tell your grandkids that VALUES are about doing the right thing and being happy.  See what values they can think of and make a list together. You can do this in person if a grandchild lives close enough, or by text or FaceTime or WhatsApp or Twitter.

Second: Tell them you plan to talk with them about one exciting and important VALUE each month and that you have a great story to share about each one.  You can start this right away, or, with summer coming up, you could get your plan together now—and then introduce the values when you are together during the summer and set up a plan to work on and talk about one value each month over the course of the coming school year.

Third: Order the monthly stories, which are called Alexander’s Amazing Adventures HERE. You can sample the stories there before you sign up and assure yourself that they will “work” with your grandchild.

Fourth:  Try to listen to each story with your grandchild early in the month and talk about it together. Then have the story on his or her phone or the parent’s computer so it can be listened to several more times as the month goes by.

Stories are the best way to teach, and these are exceptional stories indeed. And they are about the most important of all subjects—namely the values that you hope will guide your grandkids lives.

Read more from the Eyres here 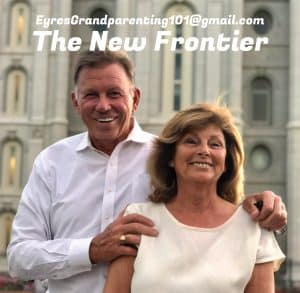 GRAND is pleased to welcome New York Times #1 Bestselling Authors Richard and Linda Eyre as regular columnists.  The Eyres’ parenting and life-balance books have reached millions and been translated into a dozen languages.  As fellow baby boomers, their passion and their writing focus have now shifted to the joy of grandparenting.  Linda’s latest book is Grandmothering, and Richard’s is Being a Proactive Grandfather, and their latest initiative is a Grandparenting101 Zoom course which has an invitation list that you can join by emailing EyresGrandparenting101@gmail.com.