Why Guns Win Over The Lives Of Children

On May 24, 2022, 18-year-old Salvador Ramos opened fire at Robb Elementary School in Uvalde, Texas, United States, killing 19 children and two teachers, and wounding about 16 others. Earlier that day, he shot and wounded his 66-year-old grandmother.

For years now, after one massacre or another, I have written some version of the same article, explaining that the nation’s current gun free-for-all is not traditional but, rather, is a symptom of the takeover of our nation by a radical extremist minority. The idea that massacres are “the price of freedom,” as right-wing personality Bill O’Reilly said in 2017 after the Mandalay Bay massacre in Las Vegas, in which a gunman killed 60 people and wounded 411 others, is new, and it is about politics, not our history.

In case you missed it, here is President Biden’s response to the Texas massacre.

The Second Amendment to the Constitution, on which modern-day arguments for widespread gun ownership rest, is one simple sentence: “A well regulated militia, being necessary for the security of a free state, the right of the people to keep and bear arms, shall not be infringed.” There’s not a lot to go on about what the Framers meant, although in their day, to “bear arms” meant to be part of an organized militia.

As the Tennessee Supreme Court wrote in 1840, “A man in the pursuit of deer, elk, and buffaloes might carry his rifle every day for forty years, and yet it would never be said of him that he had borne arms; much less could it be said that a private citizen bears arms because he has a dirk or pistol concealed under his clothes, or a spear in a cane.”

Today’s insistence that the Second Amendment gives individuals a broad right to own guns comes from two places.

One is the establishment of the National Rifle Association in New York in 1871, in part to improve the marksmanship skills of American citizens who might be called on to fight in another war, and in part to promote in America the British sport of elite shooting, complete with hefty cash prizes in newly organized tournaments. Just a decade after the Civil War, veterans jumped at the chance to hone their former skills. Rifle clubs sprang up across the nation.

By the 1920s, rifle shooting was a popular American sport. “Riflemen” competed in the Olympics, in colleges, and in local, state, and national tournaments organized by the NRA. Being a good marksman was a source of pride, mentioned in public biographies, like being a good golfer. In 1925, when the secretary of the NRA apparently took money from ammunition and arms manufacturers, the organization tossed him out and sued him.

NRA officers insisted on the right of citizens to own rifles and handguns but worked hard to distinguish between law-abiding citizens who should have access to guns for hunting and target shooting and protection, and criminals and mentally ill people, who should not. In 1931, amid fears of bootlegger gangs, the NRA backed federal legislation to limit concealed weapons; prevent possession by criminals, the mentally ill and children; to require all dealers to be licensed; and to require background checks before delivery. It backed the 1934 National Firearms Act, and parts of the 1968 Gun Control Act, designed to stop what seemed to be America’s hurtle toward violence in that turbulent decade.

But in the mid-1970s, a faction in the NRA forced the organization away from sports and toward opposing “gun control.” It formed a political action committee (PAC) in 1975, and two years later it elected an organization president who abandoned sporting culture and focused instead on “gun rights.”

This was the second thing that led us to where we are today: leaders of the NRA embraced the politics of Movement Conservatism, the political movement that rose to combat the business regulations and social welfare programs that both Democrats and Republicans embraced after World War II. Movement Conservatives embraced the myth of the American cowboy as a white man standing against the “socialism” of the federal government as it sought to level the economic playing field between Black Americans and their white neighbors. Leaders like Arizona Senator Barry Goldwater personified the American cowboy, with his cowboy hat and opposition to government regulation, while television Westerns showed good guys putting down bad guys without the interference of the government.

In 1972, the Republican platform had called for gun control to restrict the sale of “cheap handguns,” but in 1975, as he geared up to challenge President Gerald R. Ford for the 1976 presidential nomination, Movement Conservative hero Ronald Reagan took a stand against gun control. In 1980, the Republican platform opposed the federal registration of firearms, and the NRA endorsed a presidential candidate—Reagan—for the first time.

When President Reagan took office, a new American era, dominated by Movement Conservatives, began. And the power of the NRA over American politics grew.

In 1981 a gunman trying to kill Reagan shot and paralyzed his press secretary, James Brady, and wounded Secret Service agent Tim McCarthy and police officer Thomas Delahanty. After the shooting, then-representative Charles Schumer (D-NY) introduced legislation that became known as the Brady Handgun Violence Prevention Act, or the Brady Bill, to require background checks before gun purchases. Reagan, who was a member of the NRA, endorsed the bill, but the NRA spent millions of dollars to defeat it.

After the Brady Bill passed in 1993, the NRA paid for lawsuits in nine states to strike it down. Until 1959, every single legal article on the Second Amendment concluded that it was not intended to guarantee individuals the right to own a gun. But in the 1970s, legal scholars funded by the NRA had begun to argue that the Second Amendment did exactly that.

Now a player in national politics, the NRA was awash in money from gun and ammunition manufacturers. By 2000 it was one of the three most powerful lobbies in Washington. It spent more than $40 million on the 2008 election. In that year, the landmark Supreme Court decision of District of Columbia v. Heller struck down gun regulations and declared that the Second Amendment protects an individual’s right to keep and bear arms.

Increasingly, NRA money backed Republican candidates. In 2012 the NRA spent $9 million in the presidential election, and in 2014 it spent $13 million. Then, in 2016, it spent over $50 million on Republican candidates, including more than $30 million on Trump’s effort to win the White House. This money was vital to Trump, since many other Republican super PACs refused to back him. The NRA spent more money on Trump than any other outside group, including the leading Trump super PAC, which spent $20.3 million.

The unfettered right to own and carry weapons has come to symbolize the Republican Party’s ideology of individual liberty. Lawmakers and activists have not been able to overcome Republican insistence on gun rights despite the mass shootings that have risen since their new emphasis on guns. Even though 90% of Americans—including nearly 74% of NRA members—support background checks, Republicans have killed such legislation by filibustering it.

The NRA will hold its 2022 annual meeting this Friday in Houston. Former president Trump will speak, along with Texas governor Greg Abbott, senator Ted Cruz, and representative Dan Crenshaw; North Carolina lieutenant governor Mark Robinson; and South Dakota governor Kristi Noem—all Republicans. NRA executive vice president and chief executive officer Wayne LaPierre expressed his enthusiasm for the lineup by saying: “President Trump delivered on his promises by appointing judges who respect and value the Constitution and the Bill of Rights and in doing so helped ensure the freedom of generations of Americans.”

“Enough. There’s 50 senators…who refuse to vote on HR 8, which is a background check rule that the House passed a couple years ago…. [N]inety percent of Americans, regardless of political party, want…universal background checks….”

Tonight, President Joe Biden spoke to the nation: “Why are we willing to live with this carnage? Why do we keep letting this happen?… It’s time to turn this pain into action. For every parent, for every citizen in this country, we have to make it clear to every elected official in this country, it’s time to act.” In the Senate, Chris Murphy (D-CT) said, “I am here on this floor, to beg, to literally get down on my hands and knees and beg my colleagues….find a way to pass laws that make this less likely.”

But it was Steve Kerr, the coach of the Golden State Warriors basketball team, whose father was murdered by gunmen in Beirut, Lebanon, in 1984, who best expressed the outrage of the nation. At a press conference tonight, shaking, he said, “I’m not going to talk about basketball…. Any basketball questions don’t matter…. Fourteen children were killed 400 miles from here, and a teacher, and in the last ten days we’ve had elderly Black people killed in a supermarket in Buffalo, we’ve had Asian churchgoers killed in Southern California, and now we have children murdered at school. WHEN ARE WE GONNA DO SOMETHING? I’m tired, I’m so tired of getting up here and offering condolences to the devastated families…. I’m tired of the moments of silence. Enough. There’s 50 senators…who refuse to vote on HR 8, which is a background check rule that the House passed a couple years ago…. [N]inety percent of Americans, regardless of political party, want…universal background checks…. We are being held hostage by 50 senators in Washington who refuse to even put it to a vote despite what we the American people want…because they want to hold onto their own power. It’s pathetic,” he said, walking out of the press conference.

If you don’t already receive Heather’s Letters From An American, here is the link: https://heathercoxrichardson.substack.com/ 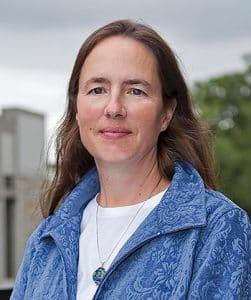 Heather Cox Richardson is an American historian and professor of history at Boston College, where she teaches courses on the American Civil War, the Reconstruction Era, the American West, and the Plains Indians.[1] She previously taught history at MIT and the University of Massachusetts Amherst.[2]

Richardson has authored six books on history and politics. In 2014, Richardson founded a popular history website, werehistory.org. Between 2017 and 2018, she co-hosted the NPR podcast Freak Out and Carry On.[3] Most recently, Richardson started publishing “Letters from an American”, a nightly newsletter that chronicles current events in the larger context of American history.[4][5] The newsletter accrued tens of thousands of subscribers, making her, as of December 2020, the most successful individual author of a paid publication on Substack.[6] Richardson also co-hosts the podcast Now & Then with fellow historian Joanne B. Freeman.[7] In February 2022, Richardson interviewed President Joe Biden.[8]