When I recently asked a young man if the past few years of political divisiveness have affected him as a college sophomore, his response left me feeling sad. He said that he has found it easier not to say anything in his classes that might be interpreted as controversial or political.

And, I hasten to add, he attends a private liberal arts university that prides itself on its diversity, academic excellence, and commitment to civic and community awareness and engagement.

“So, here is a fair question: After ten years of my painstakingly maintaining political neutrality when writing my advice column, why is it important to me now that I take a political stand?”

While I was mulling over his reluctance to share many of his ideas and comments in his classes, I was reminded that I, too, have been doing a similar thing for the past ten years. That is, when writing my advice column, “Ask Dr. Gramma Karen,” which focuses on intergenerational problems and issues, I have made it a point to keep my personal politics out of any advice I give.

My advice-giving responses always focus on one core question: “What is best for the children and grandchildren?” I rationalized that by keeping my personal views out my advice, I increase the chances of my readers not being sidetracked by my positions on politics, making it easier for them to consider solely the practicality of my suggestions.

I feared that if I in any way offended a reader or expressed anything that might be interpreted as a lack of respect for their political choices, my advice and advocacy for children might be rejected.

Here is an example of the extent to which I would go to maintain my neutrality. Three years ago, when I was writing my book on relationships, I made a point in my chapter on values that political differences could result in many family and personal relationships being fractured, even terminated, as exemplified by the 2016 presidential election.

I wanted to use research to make my point. Within seconds, an Internet search produced thousands of examples of relationships broken or ending because someone had voted for Republican candidate Donald Trump. I then I spent hours, yes, hours, trying to find just one example of a relationship ending because someone had voted for Democratic candidate Hillary Clinton. My goal was to present one-for-one parity. I realize now that all I did was imply numerical equivalency where it did not exist, not by a long shot.

So, here is a fair question: After ten years of my painstakingly maintaining political neutrality when writing my advice column, why is it important to me now that I take a political stand?

The answer is that I am disgusted with and angered by most Republicans consistently stonewalling and bobbing and weaving, often with disinformation and distractions, on just about anything the Democrats put forth. The straw that broke this camel’s back is the US Senate Republicans’ foot dragging on responsible gun legislation after the slaughter of children and adults in Uvalde, Texas.

Most Republicans are opposed to proposed responsible gun ownership measures, including:

Spurious Correlations Must Be Called Out

Their reasons for opposing these measures are spurious correlations, defined as linking two factors that appear to be causally related to one another, but are not; that is, one thing causes another. Examples: “If we allow military grade assault weapons to be banned, this is just the first step in banning all weapons.” “If we allow strengthening background checks, then the government will intrude on other aspects of our private lives.” This kind of spurious if-then thinking intentionally muddles, confuses, and causes fear. 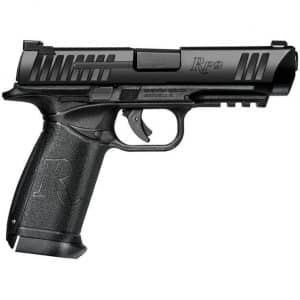 “Further, I am appalled by Republican Congressman Greg Steube (FL) showing off his collection of guns during a House hearing on gun control.”

I am sickened by ads of Republican politicians gleefully posturing on their commitment to guns: “In Alabama, Gov. Kay Ivey unpacked lipstick, an iPhone and something else from her purse in one campaign advertisement — ‘a little Smith & Wesson .38,’ she said.

A Republican candidate for governor in Georgia declared in a different spot, ‘I believe in Jesus, guns and babies.’” Further, I am appalled by Republican Congressman Greg Steube (FL) showing off his collection of guns during a House hearing on gun control.

So, yes, I feel so strongly about the sickening and appalling behavior of Republican politicians blocking commonsense gun legislation that I am putting aside my attempts at neutrality. I need to use my platform and whatever credibility and influence I might have with my readers to implore everyone to contact your local, state, and federal legislators and tell them that if they do not support commonsense gun legislation, you will not vote for them. Encourage your family and friends to do the same.

As I make this call to action, I do so aware that some of my readers may be offended by my political appeal, and as a result, they will no longer read my columns or books. So be it. I cannot remain neutral: I am doing what I know is best for our children and grandchildren. 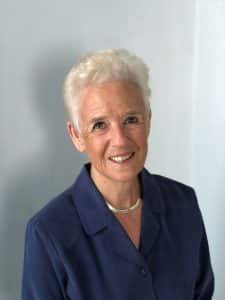 Karen L. Rancourt, Ph.D., advice columnist, is also an author. Her most recent book is, It’s All About Relationships: New Ways to Make Them Healthy and Fulfilling, at Home and at Work.