Celiac disease impacts 3.3 million people – are you one of them?

This disease impacts 3.3 million people – are you one of them?

This past May was Celiac Disease Awareness Month, a time to increase awareness of the digestive and autoimmune disease that affects an estimated one in every 133 Americans. The disease is also known as gluten-sensitive enteropathy, celiac sprue, or non-tropical sprue.

In healthy individuals, the immune system protects against outside invaders such as toxins, bacteria, viruses, and fungi. People with celiac disease have immune systems that do not function properly. When they eat gluten, their autoimmune system attacks the intestine’s lining, causing inflammation in the intestines and damaging the structures that allow the absorption of nutrients.

Gluten is found in many grains, including wheat, rye, and barley. This means that gluten can be found in a wide range of foods and drinks, such as bread, cereals, pasta, and beer. Because celiac disease can cause gastrointestinal distress, people experiencing symptoms do not immediately consider celiac disease, but assume they have eaten something that “did not sit well” with their stomach. Unfortunately, misdiagnosis and leaving celiac disease untreated can lead to the development of other conditions, including anemia, osteoporosis, Type 1 diabetes, multiple sclerosis (MS), infertility, dermatitis herpetiformis, and epilepsy. People with celiac disease are also at greater risk of developing coronary artery disease and small bowel cancers. 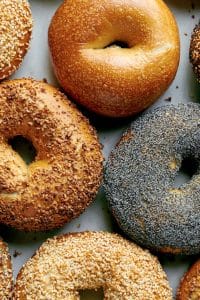 If you have eaten something that may contain gluten, you may have this disease if you experience the following symptoms:

Some other signs and symptoms that may arise over time include:

If you suspect that you may have celiac disease, it is important to get tested before it worsens and causes other illnesses. This disease tends to be genetic, so if someone in your family has been diagnosed, it is important to get tested. Screenings to identify celiac disease will likely include blood tests, protein tests, and serology tests that look for certain antibodies. These tests will also look for deficiencies in vitamin D, folate, B12, iron, and ferritin. An endoscopy may also be used to find any problems in your digestive tract. Genetic testing may be used to identify human leukocytes, which can rule out the disease.

For more information or to find out if you are potentially impacted by celiac disease go to Gastro-MD.