GRANDparents Should Already Know: Some Halloween Candy Can Cause Cancer

Some Halloween Candy Can Cause Cancer.

We hate to be a spoilsport, but did you know that some candy still contains Red Dye 3?

Yes, it can cause cancer and yes, it’s still sneaking by some manufacturers.  Please read the following article from our friends at the The Center for Science in the Public Interest. Thank you!

WASHINGTON—It’s illegal to use the carcinogenic color additive Red 3 in cosmetics, such as lipsticks or blush, or externally applied drugs. Yet the discredited chemical is lurking in common varieties of candy corn, Nerds, Peeps, Pez, SweeTarts, and hundreds of candies, cakes, and other foods, including dozens of seasonal Halloween items. That’s why the Center for Science in the Public Interest and 23 other organizations and prominent scientists are today urging the Food and Drug Administration to formally remove Red 3 from the list of approved color additives in foods, dietary supplements, and oral medicines.

Since the early 1980s FDA had evidence that Red 3 caused cancer in laboratory animals. The National Toxicology Program considered the evidence “convincing.” As a result, in 1990, the agency eliminated certain “provisionally listed” uses of the chemical—meaning cosmetics and externally applied drugs. In 1990, FDA also said it would “take steps” to ban its use in foods, ingested drugs, and supplements. But those steps were never taken.

Despite the fact that the government concluded that Red 3 causes cancer, food companies continue to use it widely. A search of Food Scores, a database maintained by the Environmental Working Group, generated 2,876 brand-name food products that contain Red 3—including hundreds of foods made by the country’s biggest food companies. Candy company Brach’s alone sells more than 100 different candies with the dye. Besides showing up in Pez and Peeps, Red 3 is used in some varieties of Betty Crocker’s Fruit by the Foot, Dubble Bubble chewing gum, Entenmann’s Little Bites, and Hostess’ Ding Dongs. Albertson’s, Kroger, Meijer’s, Target, and Walmart all use Red 3 in some of their house-brand products. And even some non-candy foods that one would think wouldn’t need artificial color contain Red 3, such as Betty Crocker’s Loaded Mashed Potatoes. And sometimes Red 3 can act to simulate the presence of a desirable ingredient: While Vigo Saffron Yellow Rice does indeed have some famously expensive saffron, it gets at least some of its color from Red 3. Even PediaSure Grow & Gain Kids’ Ready-to-Drink strawberry shake contains Red 3—but no strawberries. 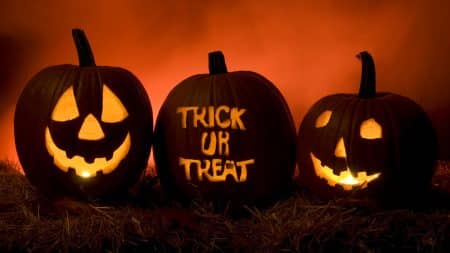 Long term animal feeding studies show that Red 3 causes adenomas and carcinomas of the thyroid gland. When a substance is shown to cause cancer in animals, it is presumed to cause cancer in humans. Amendments to the nation’s food laws passed in 1958 and 1960 included a provision called the Delaney Clause which prohibits the approval of any food and color additive if it is shown to cause cancer in people or animals. For that reason, the petition filed today by CSPI and other groups and scientists says that the FDA is statutorily obligated to delist Red 3.

“It’s outrageous that the Food and Drug Administration has known since the 1980s that Red 3 has the potential to cause cancer, but still allows it to be used in the food we eat,” said Melanie Benesh, vice president of government affairs at EWG, which is one of the groups petitioning FDA today. “This is yet another glaring example of how the FDA has failed consumers when it comes to food safety.”

CSPI’s advice to parents is to avoid not just Red 3, but all numbered dyes, such as Yellow 5 and Red 40. Besides the risk of cancer posed by Red 3, concerns have mounted about the adverse impacts on children’s behavior. In 2008, CSPI petitioned the FDA to remove those from the food supply as well. Since then, California’s Office of Environmental Health Hazard Assessment has confirmed those dyes cause neurobehavioral problems in some children.

Despite the risks, some prescription drugs still contain Red 3. Vyvanse, billed as the “#1 prescribed branded ADHD medication,” contains it. That’s somewhat ironic, according to CSPI, since the behavioral problems associated with food dyes are often described as similar to the symptoms associated with ADHD.

“FDA has had more than 30 years to ban carcinogenic Red 3​—an artificial food color used in many products, including the candy people will be giving out this Halloween,” said Tom Neltner of the Environmental Defense Funds. “Is the agency red in the face? Not at all. With this color additive petition, we are ​formally demanding that the agency do its job. The law gives the agency 180 days to make a final decision. Let’s hope that when kids go trick-or-treating next year, FDA will have done its part to make the holiday safer for all.”

“The primary purpose of food dyes is generally to make junk food look more attractive, especially to kids, or to trick their parents into thinking a food contains a healthy fruit like strawberries,” said Lurie. “When the purpose is purely cosmetic, why is any level of risk acceptable?”

The Center for Science in the Public Interest is America’s food and health watchdog.