BY JERRY WITKOVSKY AND DEANNA SHOSS

Trigger warning. We are going to talk about gun violence and mass shootings and how helpless we feel as grandparents to protect our grandchildren and keep them safe. There are mass shootings, one-on-one argument shootings, and accidental shootings by poorly stored guns at home, among others. According to the Gun Violence Archive, as of September 18, 2022, there have been 493 mass shootings (four or more victims) in the US. Among the 32,000 gun deaths, 1200 children and teens have been killed by gun violence and another 3,300 injured so far in 2022.

The easy part is doing what we already do so well: Loving our grandchildren; staying involved in their lives. Letting them know they matter. Recent research shows that even a quick text check-in makes a difference. According to the American Psychological Association, it’s “appreciated more than we think.” (APA, 2022)

Now, onto the work: educating ourselves and taking action to enact safer gun laws.

Where to Start? The Federal Bipartisan Safer Communities Act (BSCA)

On June 25, President Joe Biden signed into law the Bipartisan Safer Communities Act after the House and the Senate approved the measure. The package represents the most significant federal legislation to address gun violence since the assault weapons ban of 1994, and nearly 20 years since that ban expired in 2004.

According to The Trace, a website investigating gun violence in the US, BSCA has some good stuff in it. It includes “billions in funding for mental health services, state red flag laws and crisis intervention programs, community violence prevention, and school safety — as well as several provisions that relate more directly to firearms and who can purchase them.”

On the positive side, the new Act narrows the “boyfriend loophole.” Previously, people with misdemeanor domestic violence convictions in which their victim was a spouse, cohabitating partner, child, co-parent, or close family member, were prohibited from purchasing a gun. BSCA expands that to include “dating partner.” The new law clarifies and expands who is considered a gun dealer. That helps close the “gun show loophole,” where casual sellers who make a profit selling a gun but wouldn’t call gun sales their primary livelihood, will now need a Federal Firearms License (FFL). BSCA also includes enhanced background checks for those under 21.

So It’s All Fixed, Right?

Not so fast. What BSCA does not include is a mandate for universal background checks. Nor does it ban assault weapons or high-capacity magazines. That’s important because they are used in 85% of all mass shootings. (Giffords Law Center)

In 2021 just seven states and the District of Columbia had imposed laws that banned guns classed as assault weapons. Those states are California, Connecticut, Hawaii, Maryland, Massachusetts, New Jersey, and New York. (en.as.com). Some local communities, such as Highland Park, IL, and Boulder, CO have bans in place. Both state and community laws, however, have seen a recent rise in lawsuits saying they are unconstitutional.

Highland Park is being sued by a resident along with a gun rights organization. Boulder temporarily paused enforcement of its ban on assault weapons in June, following the issuance of temporary restraining orders. On June 23, two days before President Biden announced the passing of BSCA, the Supreme Court of the United States handed down its decision in New York State Rifle and Pistol Association v. Bruen, overturning a New York gun safety law. The Court ruled that New York’s law requiring a license to carry concealed weapons in public places is unconstitutional. That decision is now being used as a precedent to challenge gun control laws in other states.

Other suits have been filed against the states of Connecticut, Hawaii, and Massachusetts, as well as the city of Naperville over its decision earlier this year to restrict which firearms the town’s two gun shops can sell. 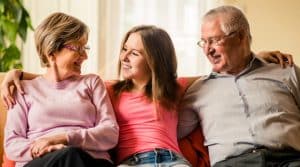 All this is to say, grandparents need to speak up and act. Here is a five-step process, using good practices for effective advocacy to help guide you:

We are voters. By “we” I mean people ages 45 and older. According to the US Census, in 2017 over 70% of people, ages 65+ voted. That percentage hovered at 66% for those aged 45 to 64. If this doesn’t include you, there is time to register now, before the next election on November 8. Use this easy resource from Ballotpedia with a list of official voter registration websites by state.

The League of Women Voters has a function where you can enter your mailing address and get a list of all your current elected officials, from local to county to state to federal. Click on Elections from the top navigation bar and select “Find Your Elected Officials.”

Ballotpedia lets you look up what will be on your ballot in the next election. Select 2022 elections from the main homepage navigation, and select “Preview your ballot.”

The Boston University State Firearms Laws Database is comprehensive, albeit only updated through 2020. But it’s a good place to start.

The Bureau of Alcohol, Tobacco, Firearms, and Explosives (ATF) provides this guide to State Laws and Published Ordinances 34th Edition

And here are role calls for Congress and Senate to see you’re your senators and representatives voted on the BSCA.

Let your elected officials know your position on upcoming votes. Arm yourself with bill numbers and factual information. Personal letters and emails work. Gather your friends and neighbors and make an appointment to meet in person. Check your representatives’ websites. Many offer town halls or drop-in times where they welcome a chance to connect with constituents.

Many positions are coming up for reelection in November. Volunteer to canvass or get out the vote for candidates whose position on gun safety and safe gun laws aligns with your own. And if no one running in your district fits the bill…run for office!

And, talk to your family. Let your family know what you are doing. Invite them to join you. Let them know you care about them and their future. And—hug your grandchildren, in person, by zoom, by phone. Let each know how much you love them.

Here are more resources, in addition to those linked throughout this article. Of course, there are many, many more resources. These are ones that we found to be the easiest to use, mostly bipartisan politically (but definitely on the side of safer). We invite you to share other resources that you have found helpful, at help@grandparentsunleashed.com

(find it for Senators)

Understanding the 1994 Assault Weapons Ban and Why It Ended

Learn More about Gun Laws in Every State

There are plenty more. These ones have “Grandparents” in the name, or we have worked with them on this issue.

Grandparents for Gun Safety, Stand with Us!

Psychology Today, Talking to Your Kids about School Shootings: Six tips for talking to children about gun violence at school. (ASK your adult children first if this topic is okay to talk about.) 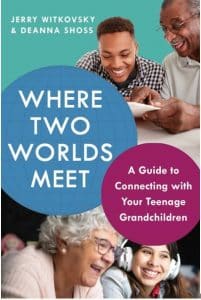 GET TO REALLY KNOW YOUR TEEN GRANDCHILDREN

When grandchildren are young, a sweet treat or new toy is enough to inspire their unconditional adoration. And then they become teenagers. Suddenly it’s not so easy anymore, for you or them.

Jerry Witkovsky: Teaching Values and the Sacred Trust of Grandparenting

How To Sound Cool While Figuring Out Social Media What ideas have you implemented in your family? How do you unleash your creativity and unique gifts to transform your family? Please share with me at jwitkovsky@att.net. 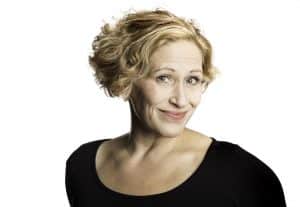 Deanna Shoss (she/her) is a marketer, writer and interculturalist in Chicago. As CEO of Intercultural Talk, Inc., she provides digital, intercultural, and real-life marketing for non-digital natives. She helps people who seek strategy and tactics to build their business or realize a purpose-driven project with websites, blogging, e-newsletters, social media and promotions in real life.

Deanna’s first book, co-written with Jerry Witkovsky, Where Two Worlds Meet: A Guide to Connecting with Your Teenage Grandchildren