Posted on December 30, 2022 by Christine Crosby in Auld lang syne

Should Auld Acquaintance Be Forgot…?

On behalf of the GRAND team, we want to wish you all a wonderful New Year…may it be filled with adventure and growth.

We’ve all been singing Auld Lang Syne for generations and will, most likely teach it to our grandchildren, but do we really know much about it?

We thought we’d dig a little into the origin, meaning, and more and save you a trip to Wikipedia.

“The poem’s Scots title may be translated into standard English as “old long since” or, less literally, “long long ago”, “days gone by”, “times long past” or “old times”.”

It’s perhaps inevitable that this poem (more properly a song) would appear in a list of the best poems for the New Year. Although it’s often attributed to Burns, ‘Auld Lang Syne’ (i.e. ‘old long since’ or ‘a long time ago’) was based on a traditional song which Burns wrote down, in an attempt to preserve the traditional oral culture of his country. ‘Auld Lang Syne’ is among the most recognizable poems or songs written in English, thanks to its popularity at New Year celebrations around the world. 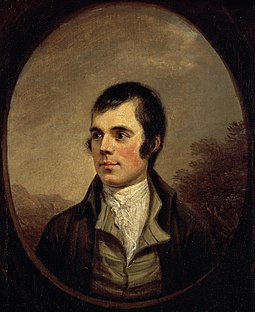 Robert Burns sent a copy of the original song to the Scots Musical Museum in 1788 with the remark, “The following song, an old song, of the olden times, and which has never been in print, nor even in manuscript until I took it down from an old man.”[9] Some of the lyrics were indeed “collected” rather than composed by the poet; the ballad “Old Long Syne” printed in 1711 by James Watson shows considerable similarity in the first verse and the chorus to Burns’s later poem,[7] and is almost certainly derived from the same “old song”. To quote from the first stanza of the James Watson ballad:

Should Old Acquaintance be forgot,
and never thought upon;
The flames of Love extinguished,
and fully past and gone:
Is thy sweet Heart now grown so cold,
that loving Breast of thine;
That thou canst never once reflect
On old long syne.

It is a fair supposition to attribute the rest of the poem to Burns himself.[9]

There is some doubt as to whether the melody used today is the same one Burns originally intended, but it is widely used in Scotland and in the rest of the world.[5][10]

Singing the song on Hogmanay or New Year’s Eve very quickly became a Scots custom that soon spread to other parts of the British Isles. As Scots (not to mention English, Welsh and Irish people) emigrated around the world, they took the song with them.

“Auld Lang Syne” (Scots pronunciation: [ˈɔːl(d) lɑŋˈsəin]: note “s” rather than “z”) is a popular song, particularly in the English-speaking world. Traditionally, it is sung to bid farewell to the old year at the stroke of midnight on New Year’s Eve. By extension, it is also often heard at funerals, graduations, and as a farewell or ending to other occasions; for instance, many branches of the Scouting movement use it to close jamborees and other functions.

The text is a Scots-language poem written by Robert Burns in 1788 but based on an older Scottish folk song. In 1799, it was set to a traditional tune, which has since become standard. “Auld Lang Syne” is listed as numbers 6294 and 13892 in the Roud Folk Song Index.

The poem’s Scots title may be translated into standard English as “old long since” or, less literally, “long long ago”, “days gone by”, “times long past” or “old times”. Consequently, “For auld lang syne”, as it appears in the first line of the chorus, might be loosely translated as “for the sake of old times”.

The phrase “Auld Lang Syne” is also used in similar poems by Robert Ayton (1570–1638), Allan Ramsay (1686–1757), and James Watson (1711), as well as older folk songs predating Burns. Matthew Fitt uses the phrase “in the days of auld lang syne” as the equivalent of “once upon a time” in his retelling of fairy tales in the Scots language.